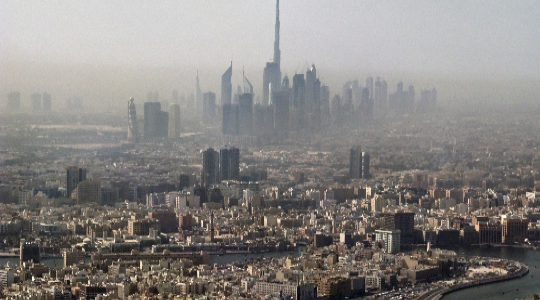 Did you know that UAE has the most toxic air in the world? This debatable and rejected by top officials in the UAE. This is because the pollutants in air is measured by man-made pollutants along with the dust particles. Since we are a desert country it is obvious that exposure to wind generated dust is common. Man-made pollutants are mode dangerous as they are carcinogenic than dust particles. However UAE air is toxic despite its source or composition and it has severe effects on our health. This is a threat that exposes us to respiratory illnesses and other related disease.

Children and the elderly are the worst affected due to the detrimental health effects caused by ozone, particulate matter and other toxins. COPD chronic obstructive pulmonary disorder is one of the many diseases caused by air pollution. Chronic bronchitis and emphysema are the most common COPDs. Long term exposure to pollution especially automobile exhausts are risk factors for COPD. Because of oil emissions factory and mining workers in the UAE increase the risk of hospitalization and death due to pneumonia and COPD.

Uncontrolled growth of abnormal cells in one or both lungs is basically lung cancer. And lung cancer is one of the potential dangers of air pollution. Long term exposure to combustion generated fine particulate matter poses a risk for cancer. Smoking cigarettes is a proven cause too. Abnormal cells form tumors and as it result there is decreased supply of oxygen to the blood.

Asthma is not directly caused by air pollution. But it can make it worse. Pollutants such as Sulphur dioxide can be life threatening as it constricts the air passage.

Apart from these diseases air pollution can also trigger leukemia, birth defects, cardiovascular problems, liver and other types of cancer. It has the potential to destroy our immune system as well.

Although UAE has taken steps to curb emissions. Monitoring stations always keeps a check on the air quality index. But it’s a far way to go as UAE is still amongst the worst.

Live a Healthy Lifestyle in this Winter

Impact of Trump’s win in the Healthcare Industry

How to Stay Fit in Our Fast Life?